When I was 15, my mother told me a story about her teenage life in Communist China. Government officials stormed through her house and seized anything valuable from the family’s possessions. They overturned furniture and rifled through drawers in the name of equality, but in reality, the corrupt officials planned to just keep any valuables for themselves. They didn’t stop at just curtailing her family’s financial freedom.

Until the Cultural Revolution ended in the mid-1970s, at least one teenage child of every urban household was required to leave the city to work in the farms indefinitely. 1 And so the government also mandated that my mother be dispatched to a faraway village in the countryside, to manually toil in the fields from dawn until dusk. Also implicit in that mandate was that she would be denied the opportunity of a college education. She refused, and her family had to leave the country’s Communist rule to Hong Kong, which was at the time a British territory. After I was born, she moved again to the United States to ensure that her children wouldn’t be fettered by the same restrictions she was.

As with the case of many immigrant stories, the story that my mother shared with me shaped my values and who I am. Even now, 15 years later, the story reminds me of how fortunate I am to have access to a college education, a market with plentiful jobs, the freedom to choose what I want to do, and the many other opportunities that are so easily taken for granted.

Stories play a large role in our upbringing. Many stories become lessons that stick with us and inform our personal values, shaping the type of person we grow into. Stories play a similar role in teams and organizations, shaping our shared values and affecting how the culture grows.

When new members join the team, do we tell the stories about the newfangled system that Marc built, or about the time that Jack fixed the gnarliest bug that stumped the rest of the team? At weekly team meetings, do we spend more time applauding new features that get built or about someone who spent the week firefighting to keep the site up? The war stories we tell and the heroes we celebrate shape who we are and the values we share. We model much of our behavior after those around us, and the choice of stories influence how the rest of the team focuses their time.

A while back, I interviewed Bobby Johnson, a former director of engineering of Facebook’s infrastructure team and now the CEO of a data startup called Interana, for my upcoming book. A conversation about engineering values led to some thoughts about the importance of storytelling in building the right culture. “A lot of culture comes from stories,” Johnson explained. “You write down your values, but they don’t actually mean anything until you have some story that gives it context.”

One of the values that Johnson believed in and that he wanted to instill in his team at Facebook was rewarding the people who fixed stuff. The natural tendency for many engineers is to gravitate toward working on new and innovative systems, but the unsung heroes tend to be the people who helped make an existing system much faster or who systematically reduced a system’s error rate to make it more reliable. They’re the ones who worked on the less glorious tasks but were instrumental in getting things to work.

To shape that culture, Johnson and others spent time and energy sharing stories that rewarded the people who fixed stuff. He’d celebrate important fixes over team meetings. He’d congratulate the people who fixed things in team emails, sharing graphs that highlighted the impact. The heroes in his stories wouldn’t be the first authors of some new system; they’d be the ones who got their hands dirty and pulled out the debugger to crush a particularly nasty bug.

The pitch is a tough sell for engineers, but at Facebook, the storytelling helped align engineering incentives with the company’s value to focus on impact – a value that doesn’t always mean working on the next, innovative project. Yishan Wong, another former engineering director from Facebook and now the CEO of reddit, elaborates on Facebook’s culture, “There is a part of Facebook culture that is actually against the ‘we’re only here to work on innovative, ground-breaking, glory-seeking projects’ [mentality] that grew out of a reaction against the perceived Google culture of the time.” 2

Google’s own story has always strongly focused on research, largely because of Larry and Sergey’s PhD roots. The two developed PageRank and founded the company when they were still graduate students at Stanford. When I attended college recruiting sessions back in 2004, the stories from Googlers typically revolved around how groundbreaking the systems like MapReduce and the Google File System were. The message carried a strong tone of “work at Google to further cutting edge research problems.” Google’s publication rate further reinforced that culture; in 2006 alone, the year that I joined Google, the company published over 100 research papers. 3

It’s no wonder then that Facebook had to counteract that emphasis internally. Wong continues, “High-profile projects at Facebook get respect from the press and the outside world, but ‘doing the dirty work’ gets you respect from your peers and management.” The stories thanking and celebrating the people who do the dirty work incentivized more people to follow suit.

Stories play an important role in persuasion, perhaps one more powerful than we might expect. In Made to Stick, the authors Dan Heath and Chip Heath share an exercise that Chip conducts with his students at Stanford. Given data on US crime patterns, students are asked to give a one-minute persuasive speech either for or against the argument that non-violent crime is a serious issue. Some students have strong public-speaking skills and make excellent use of rhetoric. Others rely on well-researched statistics and data to argue their points. A small number of students tell stories and anecdotes to illustrate their points. Near the end of the class, students are then asked to write down what they actually remembered from each speaker. 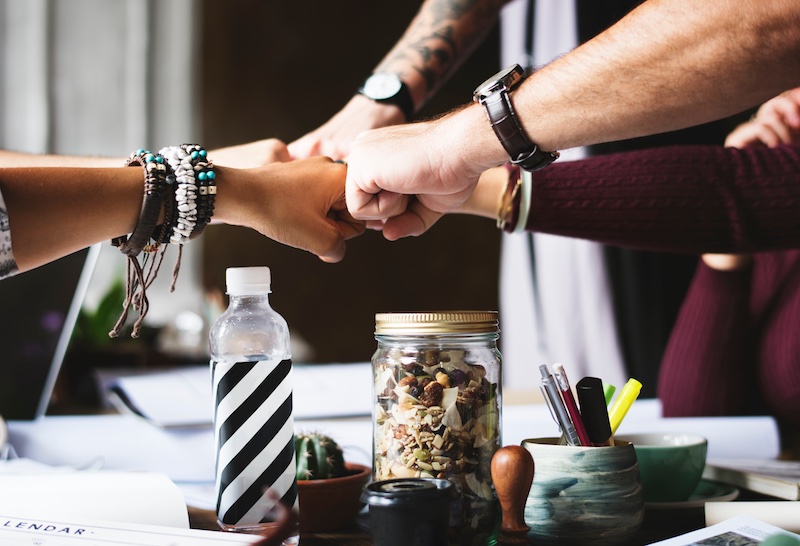 How to Build an Engineering Culture that Focuses on Impact

Many years ago, during my time at Quora, the entire product and engineering team experimented with reviewing together how each project affected the business’...