No reasonable person would have envied General Dwight Eisenhower’s position on the evening of June 4th, 1944. 160,000 troops awaited his command to mobilize onto the beaches of Normandy in what would be the largest amphibious assault in history. 1 Military strategists had determined, after months of meticulous planning, a 3-day window that would maximize the chances of success for D-Day, but they had not planned for the evening’s stormy weather and turbulent waves. The only silver lining was a forecast that the rain might pause in a few hours and open up a 36-hour respite of better weather.

His advisors were split on how to proceed, and it was up to Eisenhower to make the call. Mounting an invasion during terrible weather conditions could lead to disaster. But while waiting to be more certain about the weather may have been tempting, indecision and delay also had its costs: stronger enemy defenses, increased casualties, and a reduced likelihood of winning the battle. Ultimately, Eisenhower gave the go-ahead before the weather cleared. The Battle of Normandy, from June to August of 1944, eventually led to the Allies’ liberation of Western Europe from Nazi Germany and marked the beginning of the end of World War II. 2

Indecision at the critical moment, even by just waiting too long, could have cost the Allies the war. 3

The costs of indecision

We’re all familiar with bouts of indecision. We stare at the menu a few minutes too long debating between the beef tenderloin or the grilled halibut, search for online flights for a few too many hours agonizing over whether flight prices might go down if we searched again tomorrow, or linger at our job for too long wondering if it’s time to try something new. We’re afraid to commit and make a bad decision that we might regret, and so we prefer to keep our options open for as long as possible.

Indecision, however, can be worse than a bad decision. At least with a bad decision, we can learn from our mistakes and make progress. With indecision, we’re stuck in a ditch, unable to either move forward or back out and go around.

Sometimes, we rationally wait on a decision to gather more data. We have a mental framework for how we’re going to decide and take active steps to inform that decision. But in many cases of indecision, the additional passage of time doesn’t provide any more information that would help us decide. The time drains our mental energy, distracts us from other important activities, and if we solicit thoughts from other people, also expends their time and energy as well. And, if after all that mental investment and procrastination, we’re in no better position to make the decision than before, then we’ve just exhausted ourselves for no good reason.

In these situations, we’re really just hoping that the problem solves itself and goes away. We hope that the conflict we have with a co-worker somehow resolves itself because he might get transferred away to another team or because he magically starts to see our way. We hope that someone will just tell us the right answer, so that we don’t have to deal with it. We hope that whoever wants us to make a decision forgets about it, freeing us from committing to an option we might regret.

Hope is not a strategy

Back in 2008, then-Senator Barack Obama ran on a presidential campaign of “hope and change” that resonated strongly with Americans. One criticism voiced by economist and dean Benjamin Ola Akande in an open letter to President Obama, however, was that the leadership required to revive our nation and its economy needed to be built on top of something stronger and more concrete than hope:

“[T]he fact remains that hope will not reduce housing foreclosures. Hope does not stop a recession. Hope cannot create jobs. Hope will not prevent catastrophic failures of banks. Hope is not a strategy.” 4

Hope is neither an effective nor reliable strategy. In fact, it can sometimes be a cop-out. We fear that we’ll make a bad decision that we’ll regret, and so we wait until an option expires so that there’s no choice left to make or until someone makes the choice for us. With our hands tied, we then rationalize to ourselves that any negative consequences aren’t our fault and that we’re not to blame because we didn’t make the call.

What’s happening is that we’ve resigned to taking the role of a victim, someone without power or influence who’s subject to environmental forces beyond her control. In that role, we protect ourselves from blame, but we also forfeit our freedom to choose and our right to complain. Fred Kofman argues in Conscious Business, that in order to actually control our own destiny, we need to shed the role of victim and take the role of the player:

“In any situation, the player strives to do her best to respond according to her values. The player feels secure, but not out of a naive faith that everything will work out. Her peace of mind comes from knowing that, regardless of the challenge, she has the unconditional ability to respond.” 5

Being accountable and taking responsibility for our decisions are the first steps toward tackling indecisiveness. It’s unlikely that we’ll always make the right decisions, but as long as we take responsibility, we can correct for many of the mistakes that we encounter and learn to make better choices next time. Decision-making, like any other skill, is something that we get better at with practice, not by having others decide for us.

Bill Walsh, who coached the 49ers to three Super Bowls, argues in The Score Takes Care of Itself that strong leaders need to “commit, explode, recover.” This leadership philosophy means committing to a plan of attack, executing it, and then intelligently reacting to the results. It’s a philosophy that applies not just to NFL coaches, but also to startup founders, managers, and team leads. And it’s a philosophy that can help us as individuals faced with the daily choices that we have to make. 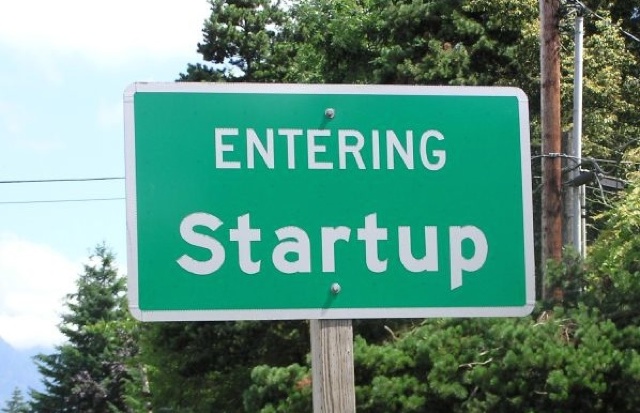 Not every good engineer makes a good startup engineer. Some of the most promising candidates that I’ve interviewed in the past six years across three startu...